The Choice is Yours – Healthy Living

Remember Beanie Babies? They were huge news back in the 90’s and 00’s. And the aim of the game was to get your hands on as many as possible. From the large fluffy and colourful bears to the slightly random Gobbles the turkey, every cuddly Beanie was special in its own right. Picking the right one took a painstaking amount of time every time you went shopping to add to your collection (sorry, parents).

If you didn’t have at least five, are you really even a millennial?

While they were absolutely priceless when we were children, some of them are worth a pretty penny nowadays.

And we don’t just mean that you can make an easy twenty quid as you watch the calendar and wait for pay day. Oh, no. Some Beanie Babies are not just valuable – they’re worth thousands of pounds.

Yep. If you have the right ones, you could even make enough to put a deposit down on a house they’re that collectable.

We’ll just let that sink in for a second.

They obviously have to be in good condition, and those really extra kids who had the plastic tag protectors (ahem, me) will be laughing because that’s also an important factor. Most of the Beanies that fetch the biggest sums have error tags, rare stitching or are first editions.

So which ones are worth the most? That’s what you really want to know, isn’t it?

Coming out top is the special edition Princess Diana bear, which is a purple bear with a white rose on its chest and is reportedly ‘the RAREST of all Beanies and Princess Bears.’

And the large Peace bears bring in some £££’s too.

Before you scramble up into the loft to start sorting out your Beanie Babies, take a look at 10 of the most valuable babies from the collection on eBay – and then you have permission to frantically search for Claude the Crab…

The post These are the Beanie Babies that will make you seriously rich appeared first on Marie Claire.

Anything about is really important

And we wouldn’t have wanted it any other way.

The royal family hold a dear place in a lot of the public’s hearts, but two women who are proven to be particularly popular are the two millennial Duchesses, Kate Middleton and Meghan Markle.

The two women are incredibly different, with the Duchess of Cambridge having more of a shy demeanour while the Duchess of Sussex is an extrovert to the max, giving multiple speeches on her first royal tour – a break from royal tradition.

But despite their differences, the two additions to the royal family are reported to get on well, with reports that Kate helped Meghan through the family drama with her father Thomas Markle in the run up to her wedding. ‘Kate’s well aware of what Meghan is going through,’ a source explained to Vanity Fair ahead of the wedding. ‘Her family has been dragged through the tabloids and she knows it’s not nice. She’s made a big effort to be kind to Meghan and look out for her.’

And it seems that the two women are getting even closer after the wedding, attending multiple royal events together.

In fact, according to Life & Style magazine, the two women actually ‘rule’ the royal family, both playing dominant roles – especially when it comes to the royal Sunday roasts.

A Buckingham Palace source explained via the publication that Prince Charles and Camilla, Duchess of Cornwall, insist on having Sunday roasts together as a family, and that when they do, it’s Kate and Meghan in the driver’s seat.

’The lunch isn’t as formal as you’d think,’ the insider explained. ‘Kate and Meghan actually take turns putting their culinary skills to good use. They both whip up a fabulous meal of chicken or beef, Yorkshire pudding, and vegetables.’

In fact, according to the source, the two Duchesses ‘laughingly say they pretty much run the palace these days’

We love this friendship. 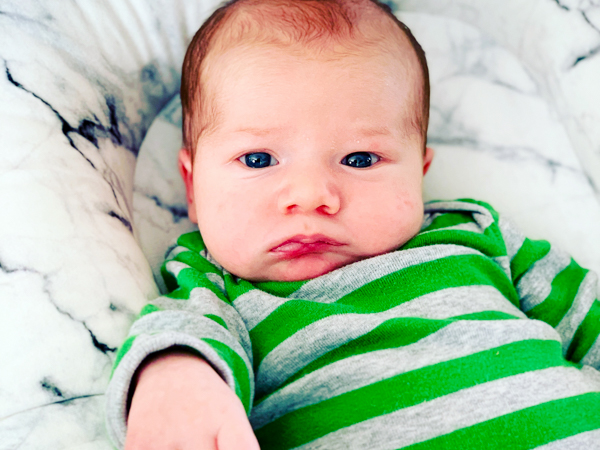 I’m not really sure what day it is – I think Monday? I know it’s November but it feels like October. I don’t really remember October?! I know Thanksgiving is coming up REAL FAST. Nothing forces you to live in the moment like being a new parent. I can only look ahead maybe 1-2 hours because life is so unpredictable! I am slowly emerging from my nest, and it’s felt so good to go out and about!

My priorities each day: first and foremost, shower. I don’t feel alive without a shower and some make-up. Also: a walk or light workout, a tidy house, and snuggle with the babe. Second tier priorities are write a blog post or nap! 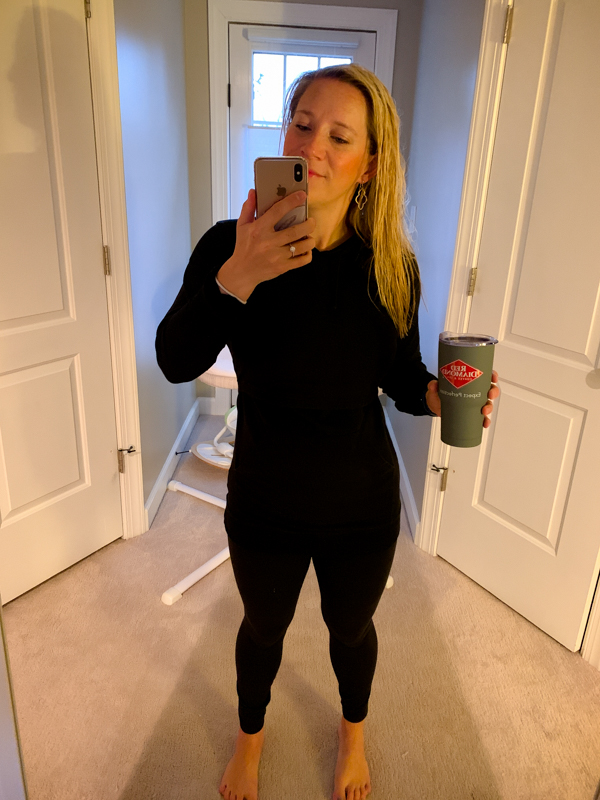 On Friday I met some girlfriends at Pippin Hill for lunch. We shared a cheese plate, deviled eggs, a salad, and some vino. It was great to be out and social. 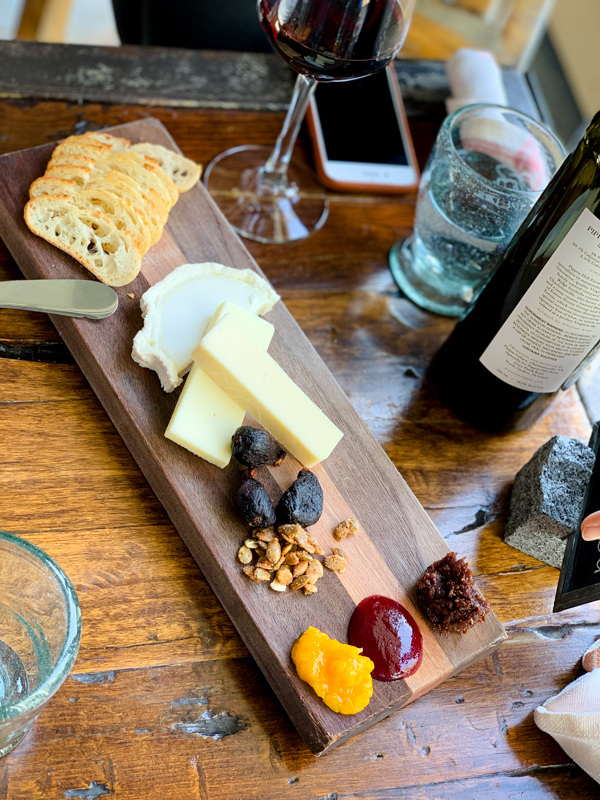 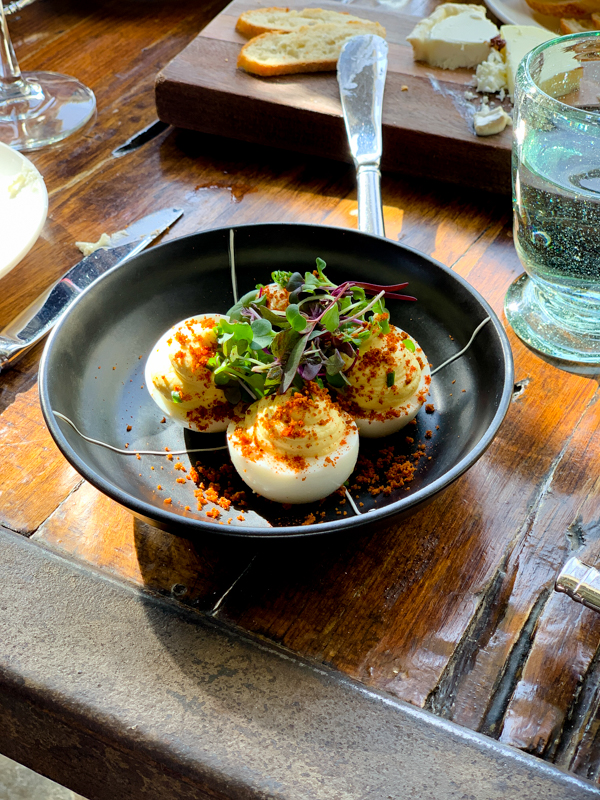 Baby Wilson looked huge next to Little B! 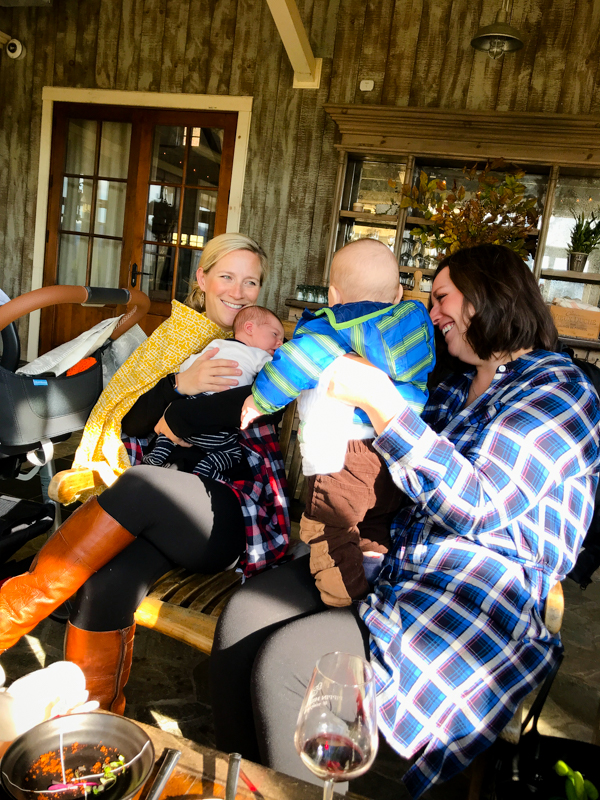 I made a batch of The Best Granola Ever and snacked on it all week. I’m going to make more soon and create a blog recipe page for it. It’s not my recipe, so I’m going to tweak a few things to make it my own! 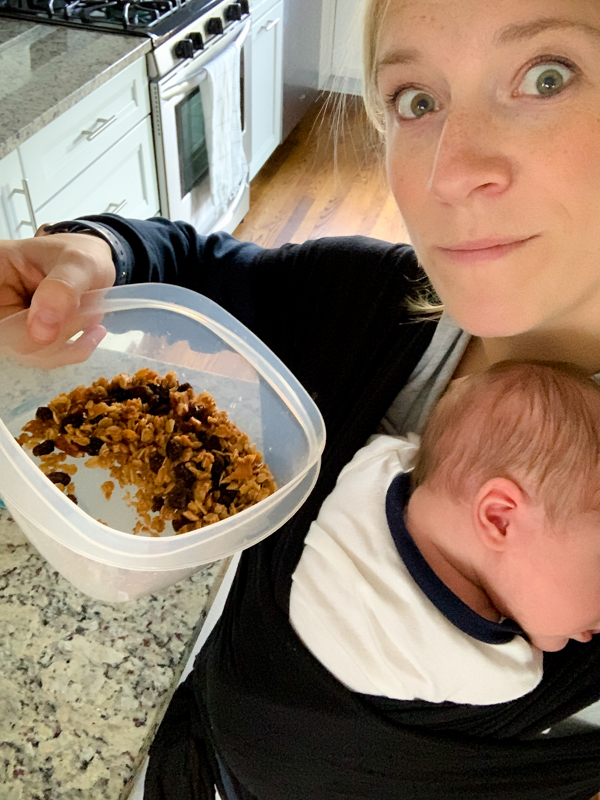 Breakfast of champions: cheese eggs, chocolate croissant, fruit, OJ, coffee. I wake up starving from a night of nursing!!

Mazen loves chocolate smoothies and has one nearly every school day for breakfast. We make them with peanut butter, frozen banana, chocolate Vega protein, and milk. Thomas often saves the leftovers in a giant jar for me, so when I need a quick breakfast after he leaves for work, I can sip away. 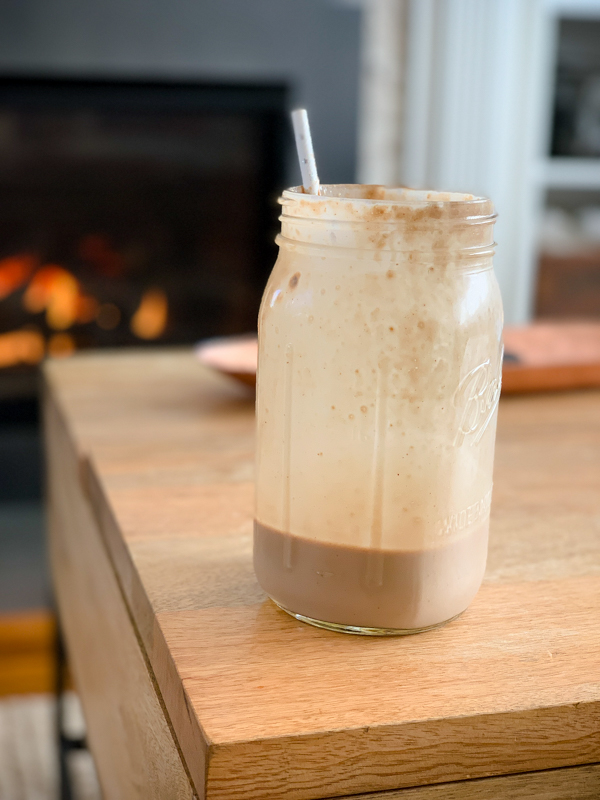 Another super fast option is cereal (pumpkin spice cheerios!) mixed with The Best Granola on top. 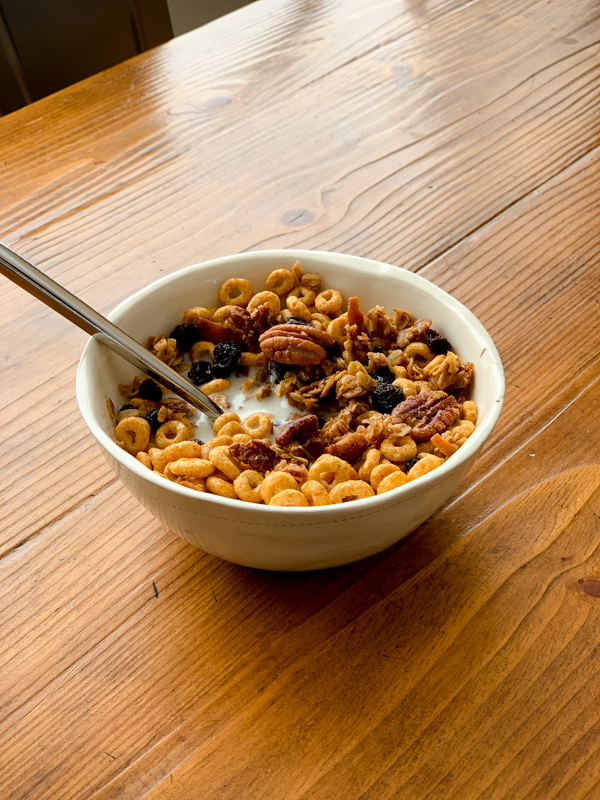 We got super cozy on the couch this weekend. I can’t believe how quickly the temps dropped to winter level. See above re: what month is it. 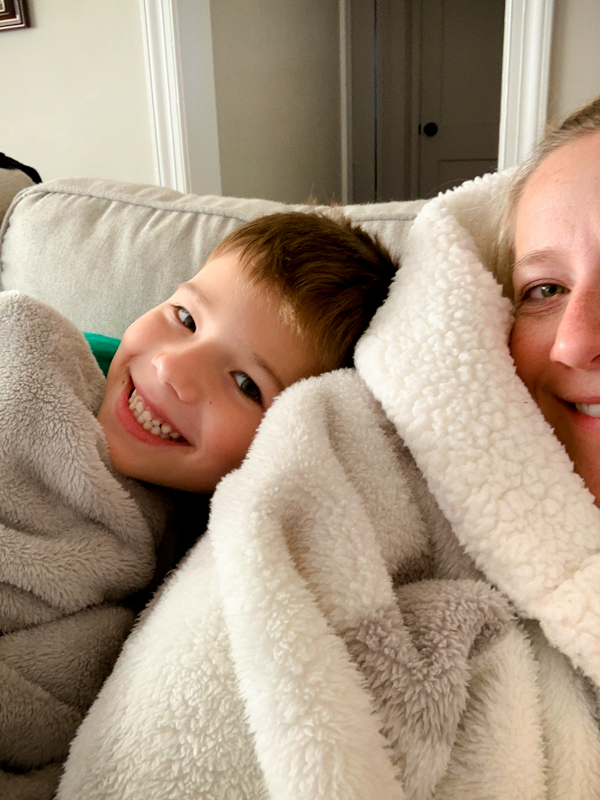 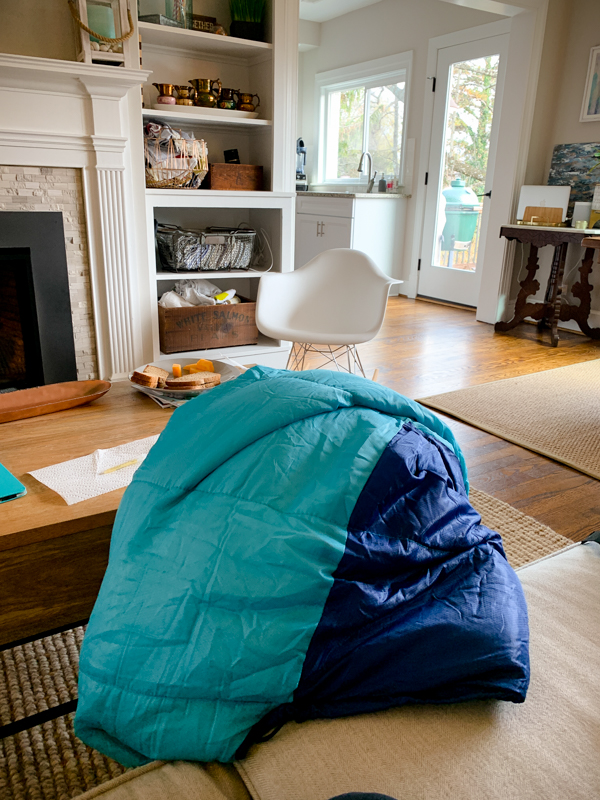 If anyone has gotten a slight smile out of this guy, it’s Mazen! Mazen gets so excited when Birch is awake and alert. 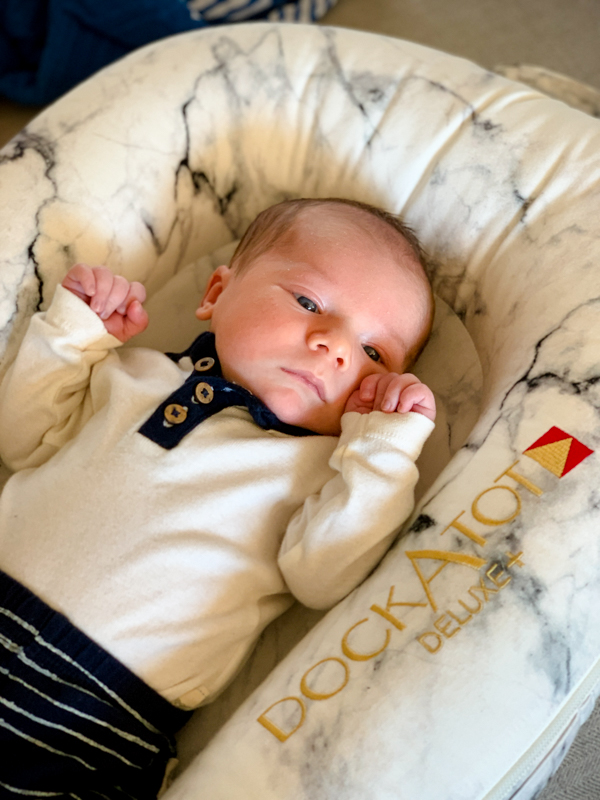 Matt and Mazen made us a delicious quiche for dinner! Along with a pecan pie. The quiche (based on this recipe) had mushrooms, bacon, spinach, and goat cheese and was so good. The homemade crust is the best part. 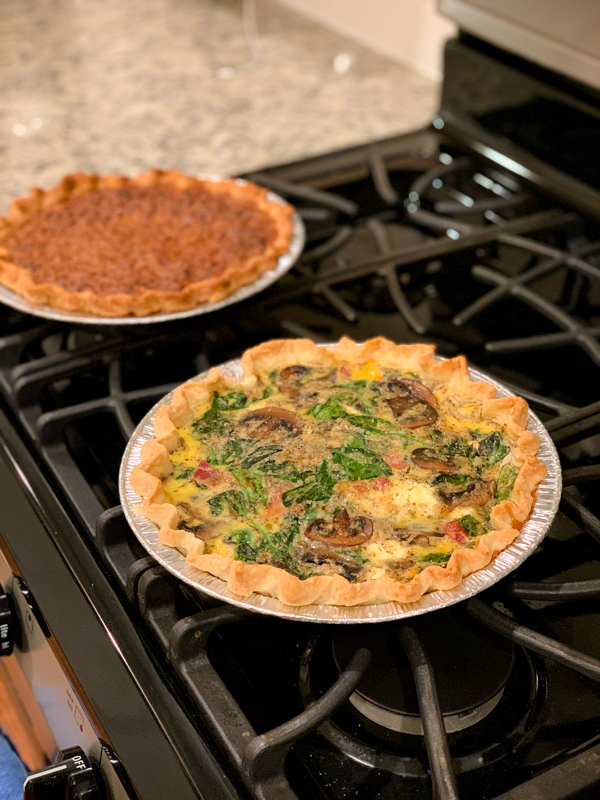 I had it for dinner and lunch. 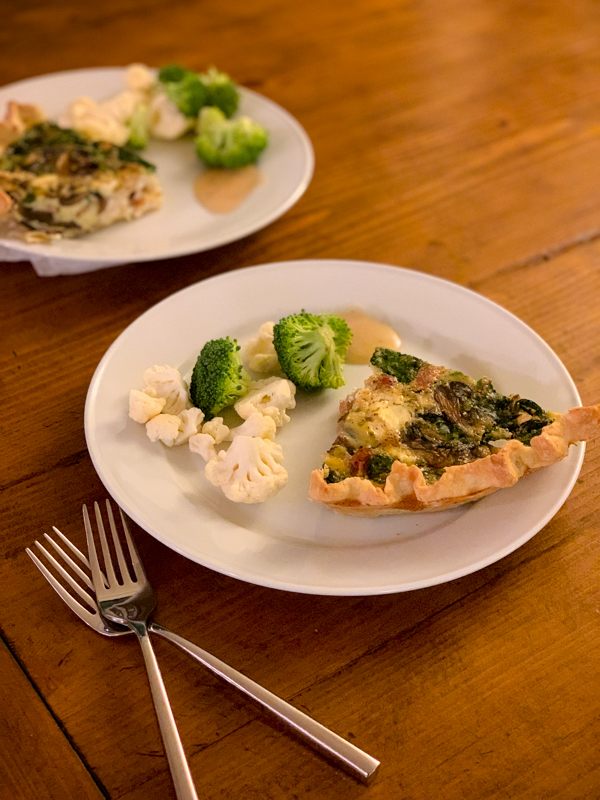 Lumi Juice is great when I don’t have time to make big salads. Gotta get those greens in!

I had a delicious Roots bowl that I ran to pick up while Auntie Sarah watched Birch for me – his first babysitter! He did great, and the bowl was worth the trip. 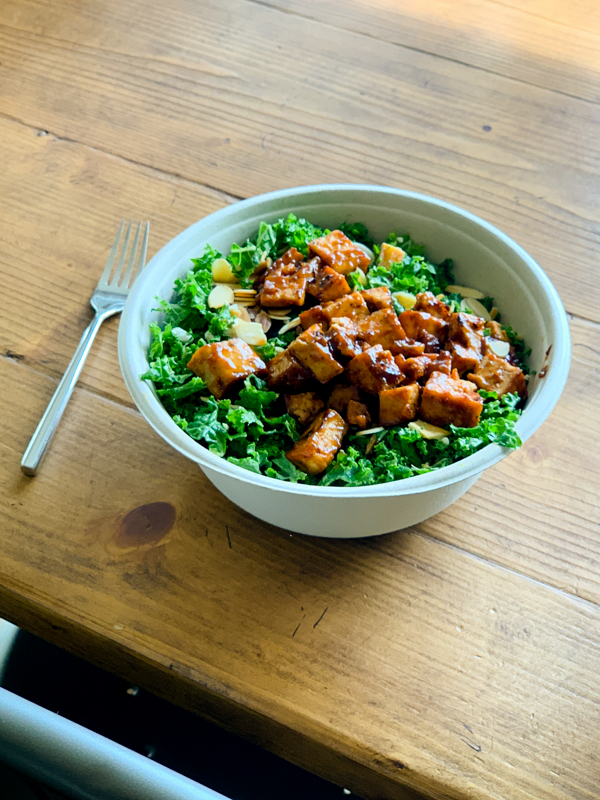 A friend brought us enchiladas for a meal train meal – delicious with avocado on top! 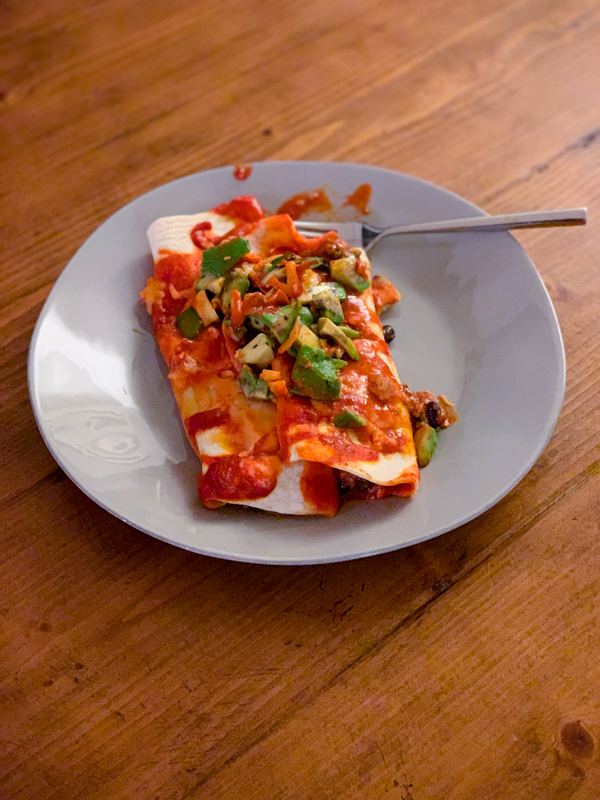 On Saturday we drove out to Bold Rock to see a friend in his band. We didn’t realize they were having a huge festival in honor of Virginia Cider Week. 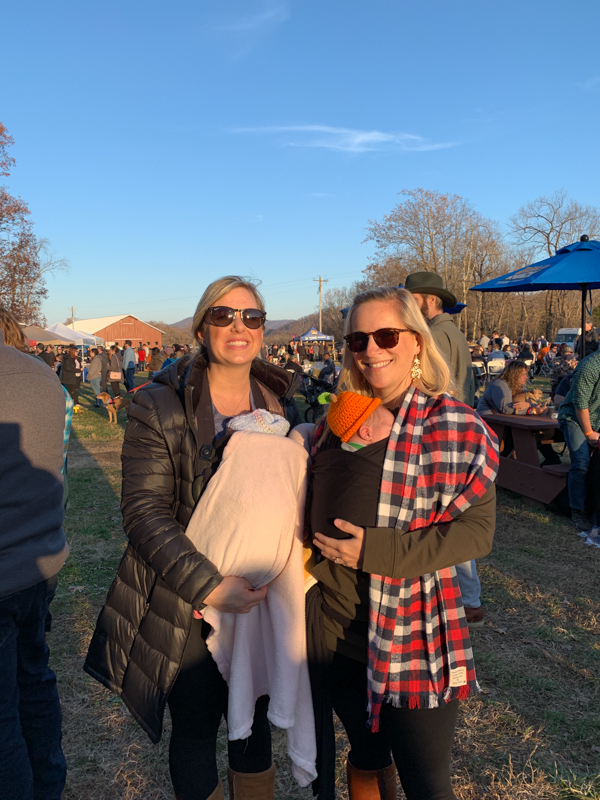 I got a little anxious with so many people not so much about germs because I am super careful not to touch anything and wash or sanitize my hands frequently but just because I didn’t know where we would sit! But we found the Barrel Barn nearly empty and were able to relax there for a while. I use a nursing cover in public, and while it’s not as easy as being at home on the couch, it wasn’t too bad. 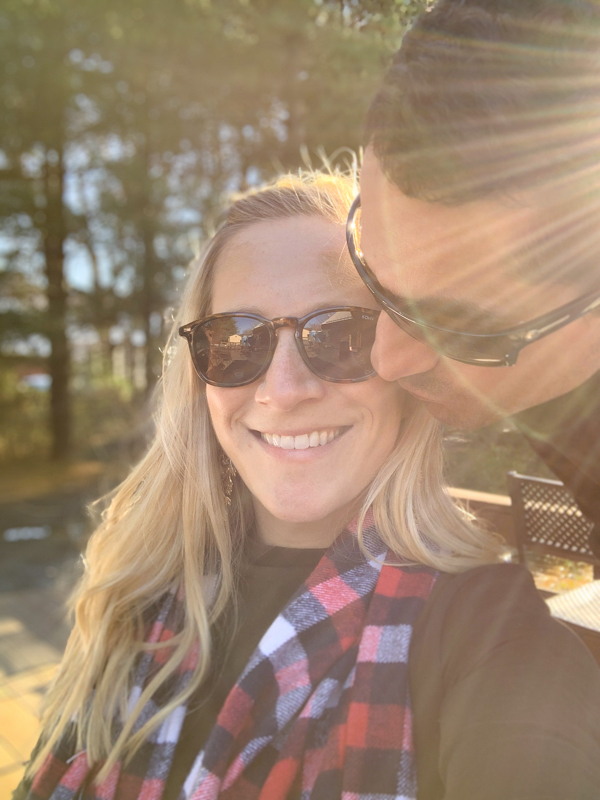 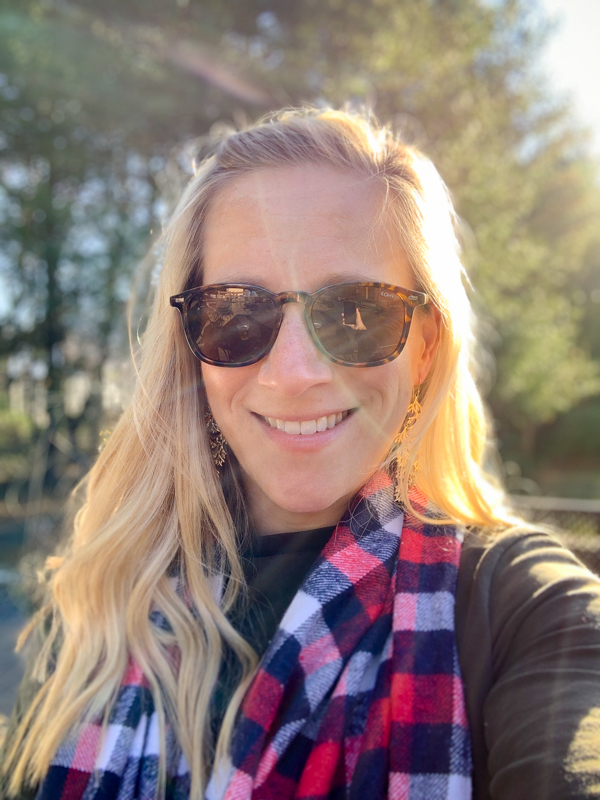 Thomas and I made spaghetti with meat sauce and salad on Sunday night. Mazen’s favorite! 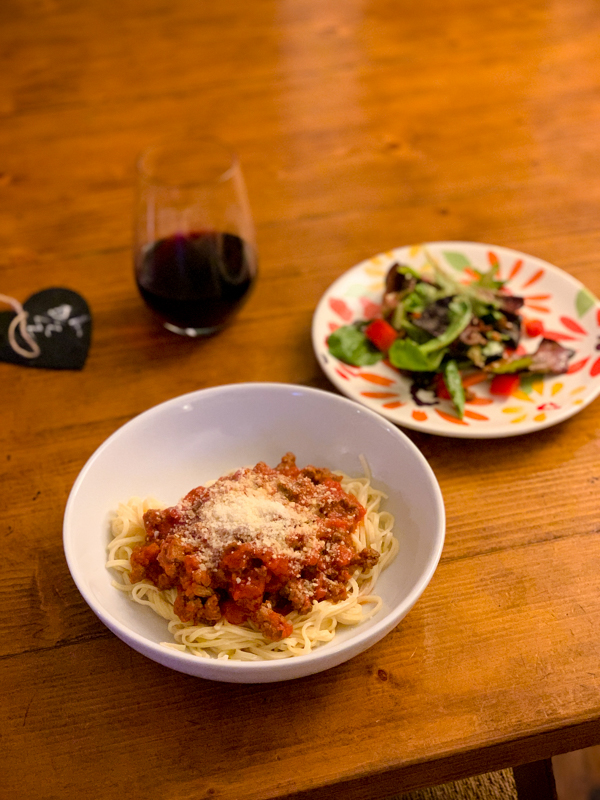 Last but not least, I’ve gotten in a few good walks but we also went to the gym as a family and Thomas and I traded off walking the track with B while we each did a little cardio. I asked my doctor while I was still in the hospital if light cardio was ok before my 6 week appt and he said yes, especially because I had been active throughout my pregnancy, but listen to my body and keep it low-ish impact. So I did an easy 15 minutes on the stairmaster and it felt great to sweat again! My body is really craving some sweaty workouts, and I’m listening to it. We also bought a used treadmill on Craigslist over the weekend – more on that soon! 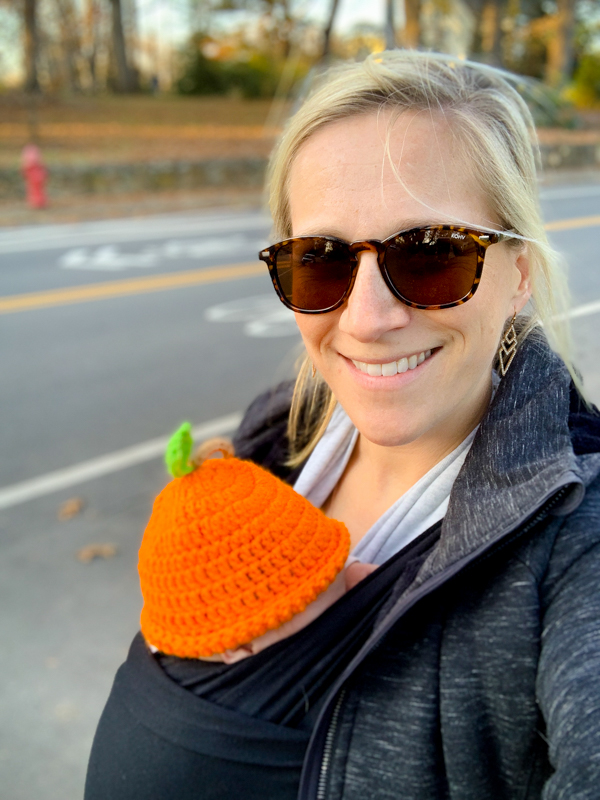 AT HOME INTENSE 10 MIN AB WORKOUT || NO EQUIPMENT, ALL ABILITIES

anyone love as much as i do